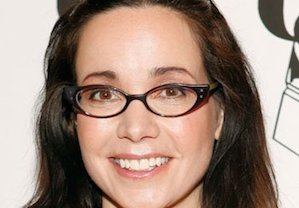 Janeane Garofalo and Girlfriends’ Guide to Divorce are consciously uncoupling.

The series, based on Vicki Iovine’s best-selling series and developed by Buffy the Vampire Slayer‘s Marti Noxon, follows Abby (House‘s Lisa Edelstein), a self-help book author in Los Angeles who hides the fact that she’s separated from her husband. Garofalo co-starred as Lyla, Abby’s hard-nosed entertainment lawyer and one of her closest friends.

A source close to the show says Garofalo will continue shooting through October and her departure is part of the natural evolution of the character (not to mention a key plot point).

I’m told a new actress is being sought to fill the Lyla void.

Check out the Girlfriends‘ trailer below. The series premieres Tuesday, Dec. 2.