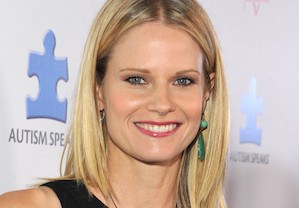 Joelle Carter has been lured over to the dark side.

The Justified actress has landed a guest stint on NBC’s fall drama Constantine, TVLine has confirmed.

She’ll play Jasmine Fell, a beautiful but damaged ex-model and back-up singer who is married to a rock star.

Based on the DC Comics character and exec-produced by Daniel Cerone (Dexter) and David S. Goyer (The Dark Knight), Constantine follows enigmatic and irreverent Liverpool con-man-turned-occult-detective John Constantine (Matt Ryan), who is reluctantly thrust into the role of defending our world against dark forces from beyond.