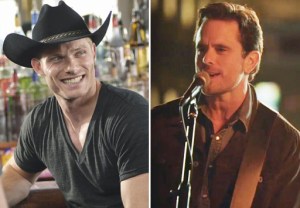 ABC’s Nashville is going live for its third season premiere, but in keeping true to form, there’s a bit of a twist involved.

RELATED Nashville Books Laura Benanti for Season 3 — Will She Clash With Rayna?

Charles Esten (as Deacon) and Chris Carmack (as Will) will both perform live from the show’s Bluebird Café set, TVLine has confirmed, and their performances will be integrated into the episode.

Carmack will sing “If It’s Love” by the Striking Matches, while Esten will perform “I Know How To Love You Now,” which he penned along with Deana Carter.

Aside from those two performances, the rest of the premiere will already have been filmed.

Nashville returns for its third season on Wednesday, Sept. 24, at 10/9c.

Entertainment Tonight was the first to report the live performances.