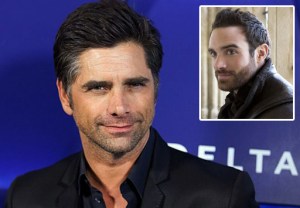 John Stamos has a long, colorful history of singing on ABC — Full House‘s Jesse and the Rippers, anyone? — but his next musical visit to the alphabet network will be a little more “dashing.”

Stamos will guest-star on the upcoming musical comedy series Galavant, reports ABC News, as a rival for the show’s titular character, played by Joshua Sasse. Though he’s only scheduled to film one episode next month in England, there’s a chance Stamos’ character will recur.

“We are absolutely thrilled that John Stamos is joining us on the series as Galavant’s longtime rival — a dashing knight who squares off against him once more in a local joust,” says executive producer Dan Fogelman. “We’ve wanted John to do an arc on this show since inception.”

In addition to singing on Full House, Stamos has performed in multiple roles on Broadway and still tours with the Beach Boys.

Does Stamos’ casting make you more likely to check out Galavant? Watch a sampling of his musical abilities below, then drop a comment with your thoughts on ABC’s upcoming comedy.