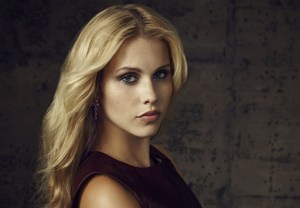 Claire Holt is about to find herself on the hunt for a killer.

The actress, who famously pulled out of her series regular gig on The Originals during its first season, has snagged a series regular role on NBC’s upcoming Charles Manson-themed event series Aquarius. Holt will play tough-skinned police officer Charmain Tully.

Of course, this doesn’t mean we’ve seen the last of Holt’s Originals character Rebekah Mikaelson. Not only does she appear in the trailer for the CW drama’s upcoming second season, but executive producer Julie Plec has repeatedly stated that Holt is always welcome to visit “New Orleans.”

TVLine’s sister site Deadline was among the first to report the casting.