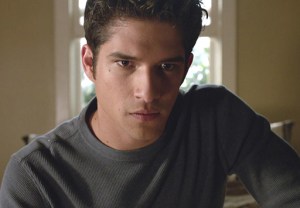 Teen Wolf isn’t messing around anymore. In addition to claiming the life of a fan-favorite character, Monday’s episode also revealed a not-so-bright future for a key member of Scott’s pack (with emphasis on the word key.)

Lydia and Stiles’ attempt to uncover the third cipher key brought them back to Eichen House, where a frazzled Meredith — though, let’s be real, she’s kind of always frazzled — refused to help them, under strict orders from the Benefactor. After a little trial and error (mostly error), the former flames deduced that the third key could be the name of a future victim, and they were none too pleased to discover that “Derek” unlocked the final third of the dead pool. Even more heartbreaking, Lydia called Deputy Parrish to warn him that Meredith’s name is also on the list, but she was too late; Meredith hanged herself at Eichen House. She and her glorious fro will be missed.

Now let’s see what else went down in Beacon Hills this week, shall we?

A GRIM DISCOVERY | Speaking of Derek, he and Malia — who should really sit down and address the fact that they’re cousins at some point — teamed up to track a few more yet-uncrossed names on the dead pool, but alas, they were also too late. Like, a pile of poisoned bodies too late. Derek was clearly devastated by the loss of an entire pack, and the hurt in his eyes/eyebrows reached through the screen and hit me like a knife. (Poor Derek has the worst luck. He’s like the Jennifer Aniston of Beacon Hills.) WOLF-NAPPED | Determined to free his partner in crime, Garrett kidnapped Liam — emphasis on the kid part, as this is your weekly reminder that Liam is literally a high-school freshman — and offered to trade him for Violet like a damn Pokemon card. It seemed like a fool-proof plan, until Kate and her Berserker buddies intervened in the exchange and sliced Garrett right through the chest. (Can’t say I’m sorry to see that twisted Zak Morris wannabe get exactly what was coming to him. Bye, bra!)

BYE-LET | Scott and Chris’ subsequent search for Liam — who was busy crawling out from under the Nemeton like that little girl from The Ring — also brought them face-to-scary-face with Kate. After a brief brush with her Berserkers (try saying that 10 times fast), they discovered Violet’s mangled corpse, so at least we don’t have to worry about her anymore. And thanks to Scott’s super-adorable connection with his young Beta, he was able to save Liam from the magical tree stump and they all lived happily ever after. (Again, except for Garrett and Violet.) 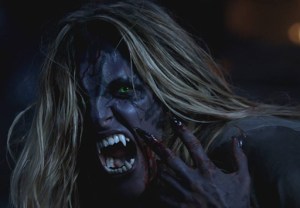 AN UNLIKELY PAIR | Just when you thought the episode was done throwing twists at us, the final scene found Peter confronting Kate in her surprisingly dingy sewer lair. (Seriously, I expected something classier from her. At least the Ninja Turtles managed to make their sewer hideout look presentable.) Anyway, P-Dog offered to help Kate gain control over her jaguar urges in exchange for his money — and his power. I feel like Peter is setting himself up for disaster by teaming with Kate, but I guess he’s willing to do literally anything to stay relevant in this story.

Teen Wolf fans, are you as bummed about Meredith’s death as I am? And do we think the pack will find a way to save Derek? Watch TVLine’s interview with the cast below, then drop a comment with your thoughts on this week’s episode.