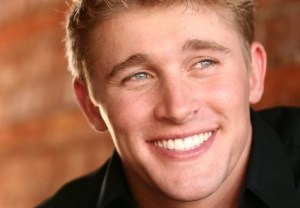 Once Upon a Time has added a familiar face — and a very familiar voice — to its Season 4 riff on Frozen.

The recurring character — who will first appear in Episode 3 — is described as “a well-bred prince with a serious chip on his shoulder,” a young man who burns to be king. (Mild spoiler alert for Frozen ahead!) Refined and well-spoken on the outside, Hans has a mean streak a mile wide and will do anything to claim the power and respect he thinks he deserves. Meanwhile, John Rhys-Davies (of the Indiana Jones and Lord of the Ring films) will provide the voice of “grandpa” rock troll Pabbie, Once executive producer Adam Horowitz announced on Twitter on Monday.

RELATED Once Upon a Time @ Comic-Con: Evil Reborn, Elsa’s ‘Surprise’ and More

Voiced by Ciarán Hinds (Game of Thrones) in the Frozen feature film, Pabbie was charged with “curing” a very young Anna when her big sis Elsa accidentally zapped her with icy magic.

Davies’ long list of previous TV credits includes, to name very few, Legend of the Seeker, Kröd Mändoon and the Flaming Sword of Fire and Sliders.