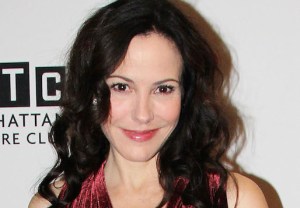 Job opportunities are growing like weeds for Mary-Louise Parker.

Barely a day after landing a role in the NBC miniseries The Slap, MLP has boarded the network’s buzzy sophomore drama The Blacklist in a recurring role.

As announced at the San Diego Comic-Con on Saturday, Parker will debut in the Sept. 22 season opener as Naomi Hyland, a woman keeping a secret from her husband and who is “completely tied to Reddington,” Blacklist creator Jon Bokenkamp said.

As previously reported but always worth repeating, The Blacklist will cede its Monday time slot starting Nov. 17, then return from a 10-week hiatus with a post-Super Bowl showcase, before occupying its new home: Thursdays at 9/8c.