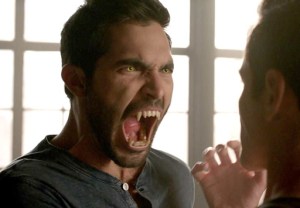 Just as sure as the full moon will rise again, Teen Wolf will be back for Season 5 — and it’s going to be a big one.

MTV announced today at San Diego Comic-Con that its hair-raising thriller has been renewed for fifth season that will span 20 episodes (and be split into two parts).

That’s good news for fans of the show, considering Season 4 — which is currently airing — will only last a comparably pithy 12 episodes.