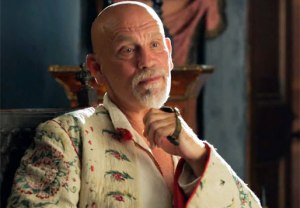 Ahoy! There’s been a change in course for Crossbones‘ final two episodes.

Occupying Crossbones‘ Friday-at-10 pm time slot on Aug. 1 (aka my birthday, gift cards are always welcome) will be the NBC News special Hannah Anderson: Anatomy of a Kidnapping, while a second hour of Dateline will fill the void on Aug. 8.

Starring two-time Academy Award nominee John Malkovich (no relation, I think), Crossbones premiered in June to 4.9 million total viewers and a 1.0 demo rating. At last tally, it was mustering exactly half of that.