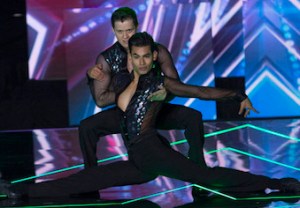 NBC’s first fresh America’s Got Talent in a small eternity on Tuesday drew 10.3 million total viewers and a 2.4 demo rating, dipping 7 percent and two tenths from its last original but still handily dominating the night on both counts.

Opening the Peacock’s night, the premiere of Food Fighters cooked up just 4.6 mil and a 1.0, tying an NCIS rerun for the 8 o’clock demo win and drawing the repeat-filled night’s fifth-largest audience. An everlong road ahead?

And… I’m out of puns. See you back here on Thursday!