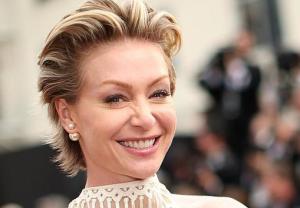 Portia de Rossi‘s career has been rocked by Scandal.

News of the casting was announced Wednesday on Twitter by the actress’ wife Ellen DeGeneres.

So annoying when people brag on twitter & that’s why I’m not tweeting that Portia just signed on to do a top secret arc on “Scandal”. Oops.

Scandal returns on Thursday, Sept. 25, now hammocked between Grey’s Anatomy and the new Shondaland drama How to Get Away With Murder.