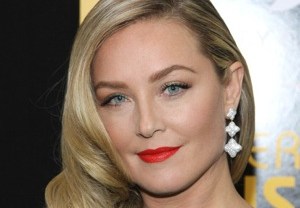 The Law & Order actress is joining CBS’ upcoming procedural Stalker as a series regular, according to Deadline.

Röhm’s character, a Los Angeles Deputy District Attorney named Amanda, is assigned to the stalker-thwarting Threat Assessment Unit. But like an Avril Lavigne song, things will go and get complicated for the single mom of a grade-school aged boy when she winds up working with Dylan McDermott’s Jack Larsen, a man with whom she shares a romantic past.

Deadline notes that Röhm’s role was “listed as a lead on the pilot’s breakdown” but wound up being only a brief presence in the initial episode when played by October Road‘s Elizabeth Bogush.

Röhm’s other major credits include Angel, The Client List and American Hustle.