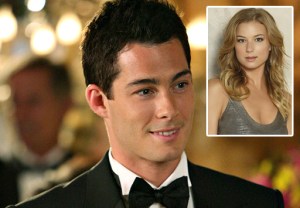 The Hamptons is getting a Privileged new resident.

Brian Hallisay is joining Revenge‘s upcoming fourth season in the recurring role of Ben, a new friend of Jack’s and a local cop. Fun-loving and easy going, he’s drawn to Jack’s world and especially to the people in it (including, presumably, Emily).

Hallisay is coming off a two-season stint on Lifetime’s The Client List, where he met his now-wife Jennifer Love Hewitt. Prior to that, he did an arc on Ringer and was a regular on (the aforementioned) Privileged. He’s currently recurring on Mistresses as, coincidentally, a character named Ben.

PHOTOS Revenge Season 4: The Cast Heads Back to Work