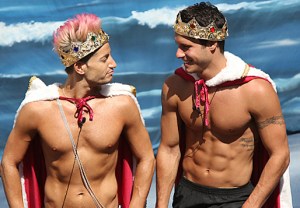 CBS’ Big Brother this Sunday drew 6.4 million total viewers and a 2.1 rating, dipping a tenth in the demo week-to-week but still dominating the night in that measure.

RELATED Sunday Recaps: True Blood, The Strain, The Leftovers and The Lottery

Cable premiere ratings (e.g. The Lottery), as always and forever come in much, much later, and as needed will be reported under separate cover.