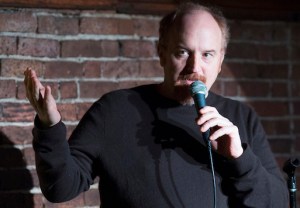 The good news: FX has renewed Louie for a fifth season.

The not-so-good news: The Emmy-nominated comedy’s next cycle will only run for seven episodes, versus the 13 or 14 that Seasons 1 through 4 served up. (Best case, Season 5 might deliver eight total episodes, FX Networks/FX Productions CEO John Landgraf noted on Monday at the Television Critics Assoc. summer press tour.)

“Louie’s fourth season was once again groundbreaking. Sometimes hilarious, sometimes heartbreaking – always thought-provoking,” Landgraf said in a statement. “The show went to narrative and cinematic places no comedy has gone before and we look forward to seeing what Louis [C.K.] comes up with next.”

Louie — which this weekend shared the TCA Award for Oustanding Achievement in Comedy with HBO’s Veep — is currently nominated for five Emmys, including Outstanding Comedy Series, Lead Actor in a Comedy, Writing, Directing and Casting for a Comedy Series.