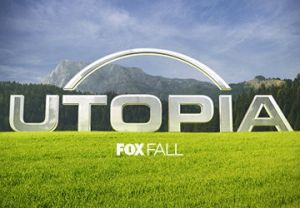 Fox’s upcoming reality series Utopia remains a bit of a mystery, but at least one mission statement has now been made clear: It aims to prove that “a Christian jarhead can get along with a liberal, leftist lesbian.”

“We don’t know where this is going to end,” executive producer Conrad Green admitted Sunday during the Television Critics Association summer press tour. “We hope that when 15 people eventually go into the compound of Utopia, we’ll develop something genuinely interesting. It’s not a game show, it’s not a competition [and] there’s not a prize.”

For the first five weeks, Green explained, the show will be broadcast twice a week — except for its first week, which will feature three episodes — with a 24/7 stream of the action available for viewing online. From roughly 5,000 applicants, producers are now selecting from a pool of “30 or 40,” and will know their final 15 within a few weeks. Those 15 will then be challenged to collaborate and create a “perfect society.”

“We’re not asking them to come from the Stone Age to 2014,” Green clarified. “There will be some shelter there. … There will be soil and water, and there will some animals, either for eating or drinking their products. … This isn’t a show about survival, or just about living off the land. They’ll have a set sum of money. This is a semi-permeable world. They can do business with the outside world.”

Reporters were also introduced to four “potential” contestants — ex-convict Akchtonin, anthropologist Jen, Christian Jeremy and Ivy-League graduate Emma — who expressed their excitement and concern about spending a year of their lives building a society alongside complete strangers.

“I’m not afraid to speak my mind,” Jeremy began, taking a cue from every reality show contestant ever. “I want to bring a new face to Christianity. Christ came here to spread the message of love.” He said he’ll treat everyone equally, even though he “may not agree with [lesbian Emma’s] lifestyle or opinions.”

For the most part, though, tensions appear to be at a minimum. It’s still anyone’s guess what Utopia will actually look like when it finally premieres Sept. 7 at 8/7c.