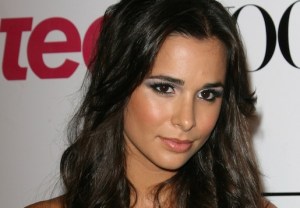 The Mentalist is adding to its ranks in Season 7, casting Make It or Break It star Josie Loren in a major recurring role, TVLine has learned exclusively.

Loren will play Michelle Vega, the newest addition to Patrick Jane’s FBI crew. She’s a rookie fresh out of the FBI Academy: eager, ambitious, hungry to learn. She’s never heard of Jane, knows nothing of his methods or past, and casts a skeptical eye on his unorthodox, rule-busting ways.

Loren — whose deal includes a series regular option — will partly fill the void left by original cast members Owain Yeoman and Amanda Righetti, who exited the series in the spring.

The Mentalist is slated to return to CBS’ schedule at midseason.