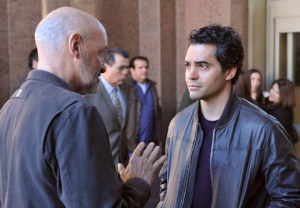 Fox was two-for-two this Thursday night, as both its programs notched increases.

Hell’s Kitchen, with 4.9 million total viewers and a 1.7 rating, added a few eyeballs plus two tenths in the demo, while Gang Related (2.7 mil/0.9) rose 17 percent and two tenths, netting its best demo number since Episode 2.