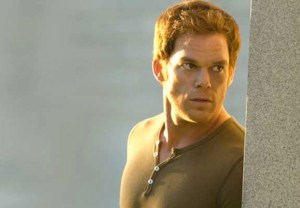 That possible Dexter spin-off? Don’t hold your breath for it.

While Showtime President David Nevins said Friday at the Television Critics Assoc. summer press tour in Beverly Hills that he’s kept in touch with star Michael C. Hall, “there’s no particular next project” in the works between the actor and the network.

RELATED Michael C. Hall Breaks Silence on Maligned Dexter Finale: ‘Our Writers May Have Been Gassed’

An offshoot is “always possible, but there’s nothing actively happening,” Nevins clarified.

As far as the rumors that the Dexter producers were forbidden by execs from offing the title character in the series finale, Nevins responded, “No one pitched the idea of killing Dexter. Neither Michael nor the producers thought that was the appropriate ending.”

Other highlights from the exec session:

* On the status of Happyish, which was to star Philip Seymour Hoffman: “I now am sitting on five scripts…that I think are brilliant. If I can cast it right, it’s something I will probably make. It’s got to be perfectly put together.”

* The new drama The Affair will premiere Oct. 19 at 10/9c. Season 1 will run for 10 episodes, and while the storytelling framework suggests a limited series, it’s “intended as an ongoing story,” Nevins said.

* Helen McCrory’s Madame Kali will be Penny Dreadful‘s “great antagonist” in Season 2, which is about “deepening the relationships and complications between the characters.”

* Regarding Ray Donovan and Masters of Sex‘s soft return ratings, “when you see the live plus 3 [numbers], both of them are almost exactly equal to last year,” Nevins countered. “To be flat year-to-year is an incredible achievement.”