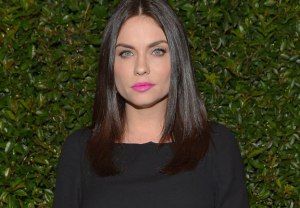 Is The Vampire Diaries turning into a medical drama in its sixth season?

Fresh off the news that The Client List‘s Marco James will be joining the series as med student Liam, EW.com reports that VH1’s Hit the Floor star Jodi Lyn O’Keefe is also coming on board as a doctor named Jo.

Described as “tough and accomplished,” Jo is a doctor at a university hospital — not to mention a dead ringer for former TVD-er Grace Phipps (April Young).

TVD fans, your early thoughts on Jo? Drop a comment with your hopes for Season 6 below.