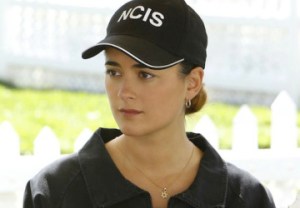 That Cote de Pablo‘s first TV project since her headline-making NCIS exit is on CBS should speak volumes about her post-Ziva relationship with the network she called home for eight years.

“We’ve been saying it all along — we’re thrilled that this Dovekeepers project has come up for her,” NCIS showrunner Gary Glasberg told TVLine following his appearance at the Television Critics Assoc. summer press tour, where he was promoting the spin-off NCIS; New Orleans.

De Pablo’s miniseries gig — about four women in ancient Israel whose lives intersect at the siege of Masada — “is unique and different,” he noted. “I’m really pleased for her. It’s a great thing.”