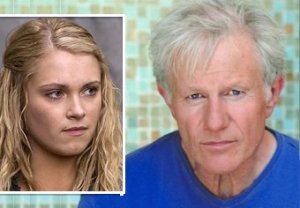 The 100‘s Clarke, Monty et al are being held captive (or were rescued?) by… Raylan Givens’ dad?

RELATED The 100 Season Finale: Who Lived? Who Died? And What Was That Ending?

Raymond J. Barry, who plays pop to Timothy Olyphant on FX’s Justified, has boarded Season 2 of The CW’s The 100 in the heavily recurring role of Dante Wallace, our sister site Deadline reports.

One of the first faces Clarke will encounter after coming to inside the starkly sterile Mount Weather facility, Dante is described as the “quietly powerful” leader of the Mountain Men. Beneath his refined exterior, though, lies a single-minded-slash-ruthless focus on the survival of his people — someone who will do anything to have them reclaim their rightful place on the surface of the Earth.

That goal will be challenged by The 100.

In addition to his Justified run, Barry’s previous TV credits include New Girl (as Older Nick), CSI and Cold Case.