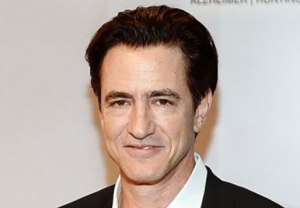 Is Shameless‘ Fiona Gallagher angling to be the next Bachelorette?

The Showtime dramedy has tapped Dermot Mulroney for a major Season 5 arc as a potential suitor for Emmy Rossum’s character, according to the network.

RELATED  Shameless Boss on the Finale’s Surprise Twist, Frank’s Fate and Laughing It Up at the Emmys

Mulroney, who was last seen on NBC’s ill-fated Crisis, will recur as “ex-bad boy and recovering addict” Sean Pierce, Fiona’s manager at Patsy’s Pies — where she began working in the Season 4 finale. Throughout the season-long arc, Sean will take an interest in Fiona — but he’ll have to compete with at least two other interested parties, played by Aussie actor Axle Whitehead and Tony winner Steve Kazee.

Although Mulroney will play an entirely new character, his casting essentially replaces Jeffrey Dean Morgan’s Charlie Peters, who appeared in a similar capacity at the end of Season 4.

In addition to Crisis, Mulroney’s recent TV credits include recurring roles on New Girl and Enlightened.

Shameless is slated to return in early 2015.