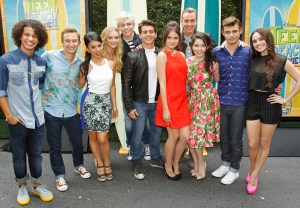 When Brady, Mack, Lela, Tanner and Butchy return to their seaside roots in Teen Beach 2, they’ll be joined by several familiar faces.

Teen Beach 2 doesn’t have an official release date as of yet, but given its summery vibe, I think we all know when to set our DVRs for.

Beach fans, what are you hoping to see in the sequel? Drop a comment with your thoughts below.