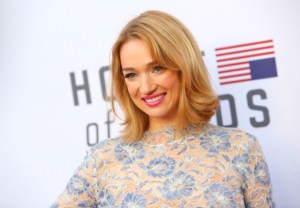 The Whispers is reshuffling the deck, tapping House of Cards‘ Kristen Connolly to take over the role of Barry Sloane’s onscreen spouse, TVLine has learned.

Brianna Brown (True Blood) played Lena in the pilot, but was let got shortly after ABC ordered The Whispers to series.

Produced by Steven Spielberg’s Amblin TV, The Whispers — which is slated to premiere at midseason — chronicles a race against the clock to defeat an unseen enemy out to destroy the world by using the most unlikely and unsuspecting inhabitants on the planet: the children.