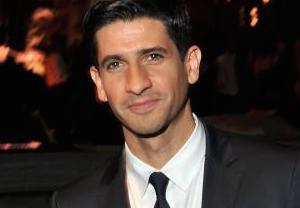 Sherlock and Watson are both entering Elementary‘s third season with new companions.

On the heels of our scoop that Ophelia Lovibond has been cast as Holmes’ latest apprentice, TVLine has learned that Smash grad Raza Jaffrey will recur as Joan’s new boyfriend.

Jaffrey’s Andrew is described as the anti-Sherlock, an oasis of normalcy in a life that is still rife with strangeness and drama. Sherlock, who is trying to get in Joan’s good graces after almost a year away in London, will tread lightly around Andrew in the beginning. But he can only ever mind his manners for so long.

In addition to Smash, Jaffrey’s TV credits include Once Upon a Time in Wonderland and the BBC spy drama Spooks (aka MI-5). He’ll next be seen playing a lieutenant-colonel in Pakistan’s intelligence service in Season 4 of Homeland.