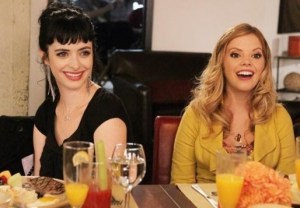 Logo has acquired the eight unaired episodes of ABC’s late, underrated comedy Don’t Trust the B—- in Apartment 23, and will air them Saturdays at 10/9c beginning July 19.

Leading into the first of those eight eps, the cable net will air a 16-episode B—- marathon from 1 pm-10 pm.