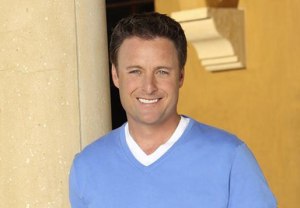 Bachelor in Paradise just got a little more dramatic.

The ABC reality show, which bows in three weeks and gives 25 former Bachelor/Bachelorette rejects another shot at finding love/”love,” has revealed a rose ceremony twist that promises to shake things up.

The first group of contestants to arrive in Tulum, Mexico will include eight women and six men — an intentionally uneven number that will automatically send two women home, empty-handed, after the first rose ceremony. In the next episode, two new men will show uplooking for love, and each subsequent episode will alternate between two new men and women joining the cast, promising to tinker with any True Love hook-ups.

In a nutshell? These contestants shouldn’t fall for each other too hard or too fast.

RELATED  Rosie O’Donnell Returning to The View for Season 18

Here are the 14 men and women initially arriving in Paradise, accompanied by the name of the Bachelor(/ette) who previously sent them packing:

And here are the late arrivals, who will show up in alternating pairs throughout the season:

What do you think of the rose ceremony twist? Which contestants would you rather see on Bachelor in Paradise? Drop a comment with your thoughts.