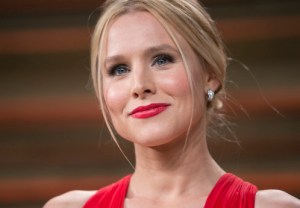 This would’ve been some seriously fly casting.

NBC approached Kristen Bell to play the title role in Peter Pan Live! — but, alas, it was not meant to be.

“She is somebody I talked to about doing it, and she was interested, but she’s doing [Showtime]’s House of Lies,” NBC president Robert Greenblatt told reporters Sunday at the Television Critics Assoc. summer press tour in Beverly Hills. “We’ve had several women who wanted to do it but they’re either busy or their schedules don’t work… I need that person from August 5 to December 5, so that locks out the Kristen Bells of the world.”

Bell’s real-life pregnancy also would’ve made playing the high-flying character a challenge, although Greenblatt said he “talked to her before” her baby news was announced in June. (Bell charmed viewers with her multi-talents in May’s Maya Rudolph variety special on NBC.)

“It’s been tricky finding the right person in the schedule that we needed, but we’re close,” he added. “And it’s going to be a female.”

Peter Pan Live! is slated to premiere in December.