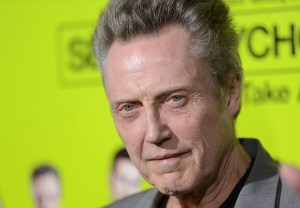 The network announced on Sunday at the Television Critics Assoc. summer press tour that the Oscar winner will star as the infamous villain Captain Hook in its adaptation of James M. Barrie’s high-flying classic, Peter Pan Live!

The flying-without-but-hopefully-with-a-net production was announced in January, as a follow-up to the Peacock’s high-rated surprise smash The Sound of Music Live!, which starred Carrie Underwood and Stephen Moyer and drew nearly 19 million total viewers.

The project reunites Walken with producers Craig Zadan and Neil Meron, who brought Hairspray — in which the actor played Wilbur Turnblad — to the big screen.