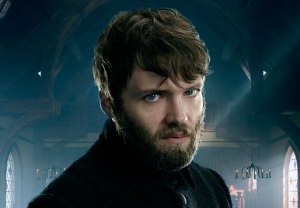 Cotton Mather has come a long way since Salem first premiered, with the once god-fearing reverend slowly transforming into an almost scientific thinker. “He starts out as a villain,” Seth Gabel tells TVLine.”But the second Giles Corey’s blood splatters on his face it’s like this rebirth of the character. He gets a real sense of the horror and injustice that’s happening.”

Gabel believes that Cotton’s friendship with John Alden (played by Nikita‘s Shane West) is also partly responsible for the transformation.

“Cotton is very much an intellectual [who] is afraid to take action and is very vulnerable with his emotions,” Gabel says. “He meets this other person who inspires him to take chances and stand up for what he believes in, even if it means it’s going to hurt. … The journey Cotton goes through in season one is one of overcoming the tyranny of his own father [and] stepping into his real power with the help of John Alden.”

Salem finishes it’s first season run Sunday on WGN America at 10/9c. At TVLine’s request, the Fringe alum took a stroll down memory lane, recalling some of his past TV roles, including a turn as Sarah Jessica Parker’s “sweet young sailor” on Sex and the City and the Dirty Sexy Money reunion on Ironside.

Click here to browse our gallery of Gabel’s earlier roles, with commentary, then drop a comment below with your favorite memory of the Salem star. 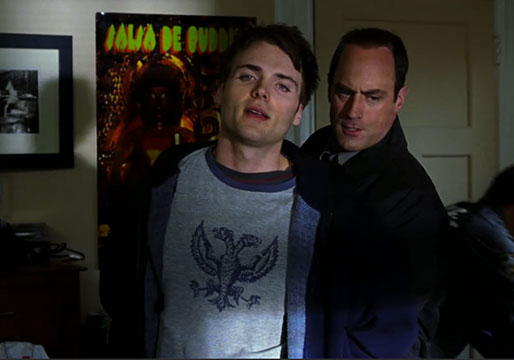