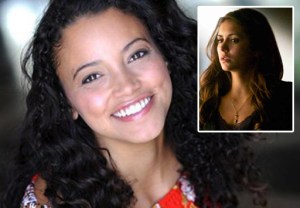 When The Vampire Diaries returns for its sixth season this fall, it’ll be met by a most unwelcome visitor.

Relative newcomer Gabrielle Walsh has been cast in the role of Sarah, who comes to Mystic Falls in the season premiere with “spunk, street smarts and a shady agenda,” our sister site Deadline reports.

This marks Walsh’s first television appearance as a character; she previously appeared as herself in a 2014 episode of the syndicated series Made in Hollywood. Walsh also co-starred in Paranormal Activity: The Marked Ones, so at least she’s no stranger to the supernatural.

Any theories about how Sarah might fix into the show’s Season 6 equation? Drop a comment with your thoughts on Walsh’s casting below.