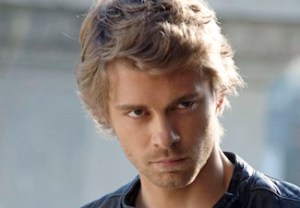 Good news for fans of the dearly departed Tomorrow People: Luke Mitchell will be back on your TV — just not on The CW.

The actor has been cast in ABC’s midseason drama Members Only, per The Hollywood Reporter.

Mitchell will play Jesse, a new club employee from the wrong side of town whose scattered demeanor may be deceiving.

* MTV has renewed Catfish for Season 4. Additionally, the network has ordered 10 episodes of Shannara, a new drama from Smallville creators Al Gough and Miles Millar based on Terry Brooks’ fantasy book series. The novels center on the Shannara family, whose descendants are empowered with ancient magic and whose adventures continuously reshape the future of the world.

* HBO will air the concert special On the Run Tour: Beyonce and Jay Z in September.

* El Rey Network has renewed its original spy thriller Matador for Season 2 ahead of its July 15 series debut.