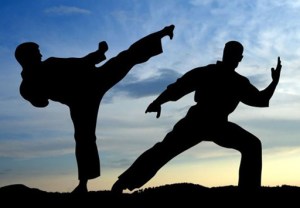 AMC’s latest series pick-up appears to be in fighting form.

Loosely based on Journey to the West, a Chinese novel from the 16th century, Badlands follows a warrior and a boy who team up for an adventure “across a dangerous land to find enlightenment.”

Set to premiere in late 2015 or early 2016, Badlands was created by showrunners/writers Al Gough and Miles Millar (Smallville), both of whom will executive-produce.