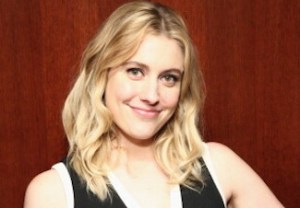 How I Met Your Dad still has a pulse.

A source close to the How I Met Your Mother spin-off confirms that the pilot — which was rejected at CBS and subsequently shopped around to other networks — is officially dead.

However, according to the insider, the project remains in development at 20th TV (possibly for as early as the 2015-2016 TV season). I’m told HIMYD cocreators Carter Bays and Craig Thomas are very much invested in keeping the Mother franchise going, and the pair have a lot of boosters at CBS (namely network chairwoman Nina Tassler).

UPDATE: Bays took to Twitter early Friday to clarify that he and Thomas are not currently focused on HIMYD.

HIMYD was fun to work on, terrific cast, terrific writer, but it’s over now and we have other stuff we want to do.

Maybe in the future it could be something, but I think we need to try something new before we go back to it.

The original incarnation, which was to star indie darling Greta Gerwig and be narrated by rom-com poster girl Meg Ryan, failed to land on CBS’ 2014-15 TV slate, although Tassler noted at the time, “To say we love this show and we love these producers is an understatement. They are beloved, and we have an extraordinary relationship with them. But there were elements in the pilot that didn’t work out.”

Should Dad get a second chance, it’s unclear if a new cast would be brought in to replace Gerwig & Co. (all of whom saw their Dad contracts expire at the end of June).