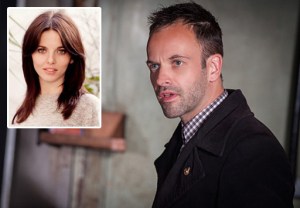 Kitty’s reasons for partnering with Sherlock are nebulous and her new arrangement with him will have ongoing repercussions for his relationship with Joan.

Elementary‘s second season concluded with Sherlock taking a job across the pond with MI6 in the wake of Watson moving out of his house. It stands to reason that Sherlock and Kitty will connect in England before heading back to the States.

Lovibond’s TV credits include the 2012 Encore miniseries Titanic: Blood and Steel and the six-part UK comedy Mr. Sloane. She also co-starred in the films Nowhere Boy, No Strings Attached and Mr. Popper’s Penguins. She’ll next been seen in Marvel’s Guardians in the Galaxy (out Aug. 1).