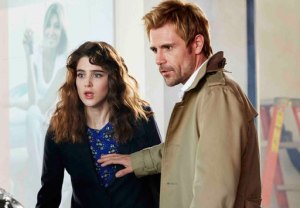 According to The Hollywood Reporter, the show’s creators decided to move in a new direction — one that doesn’t involve Griffiths’ character, Liv — but rather than recast her, NBC will simply introduce new characters to take her place, beginning with Zed, another female character from the original comic.

Griffiths’ character possesses the ability to witness supernatural events, making her a (seemingly) invaluable ally to the show’s hero John Constantine (Criminal Minds‘ Matt Ryan), whom she joins when a demon stakes a claim on her life.