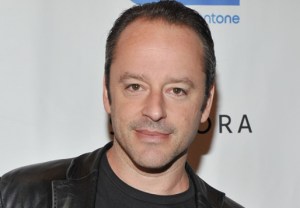 Gil Bellows (Ally McBeal) has claimed one of the last remaining seats on board Ascension, Syfy’s forthcoming six-hour limited series set in the far reaches of space, TVLine has learned exclusively.

Cougar Town‘s Brian Van Holt stars as the captain of the titular vessel, which was launched into space by the U.S. government in 1963 to populate a new world. The series picks up 50 years into the mission, as a mysterious murder causes those on board to question the true nature of their mission.

Bellows plays the son of Abraham Enzmann, the founder of the Ascension mission who is determined to continue his father’s work.

Ascension is due to blast off in November.

* Stevie Nicks will serve as the advisor to Adam Levine’s team on the upcoming seventh season of NBC’s The Voice. (Check out the first photo here!)

* Giancarlo Esposito will reprise his role as Once Upon a Time‘s Sidney/Magic Mirror in the Season 4 premiere, TVGuide.com reports. Oh, the looks if Elizabeth Mitchell’s character lays eyes on him!

* Full House‘s Candace Cameron Bure will star in a series of Hallmark movies based on Charlaine Harris’ Aurora Teagarden novels, per The Hollywood Reporter. Harris also wrote the Stookie Stackhouse series, upon which HBO’s True Blood is based.

* Hawaii Five-0 will air its longest season to date — 25 episodes — it was announced at a Tuesday blessing ceremony on Honolulu.

* Sharp Objects, a novel by Gone Girl author Gillian Flynn, is being made into a TV series by eOne Television and Blumhouse Productions.

* NBC’s The Night Shift this Tuesday drew 6.4 million total viewers and a 1.3 demo rating, dipping 7 percent and a tenth leading out of an America’s Got Talent rerun. ABC’s Extreme Weight Loss (3.5 mil/1.0) packed on a tenth.