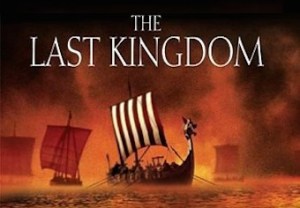 Stephen Butchard (Five Daughters) will pen the adaptation, while BBC America will produce it with Downton Abbey partner Carnival Films and BBC Two. Gareth Neame and Nigel Marchant will exec-produce alongside Butchard.

The premise for the adaptation is described as follows:

Set in the year 872, when many of the separate kingdoms of what we now know as England have fallen to the invading Vikings, the great kingdom of Wessex has been left standing alone and defiant under the command of King Alfred the Great.

Against this turbulent backdrop lives our hero, Uhtred. Born the son of a Saxon nobleman, he is orphaned by the Vikings and then kidnapped and raised as one of their own. Forced to choose between the country of his birth and the people of his upbringing, his loyalties are ever tested. What is he – Saxon or Viking? On a quest to claim his birthright, Uhtred must tread a dangerous path between both sides if he is to play his part in the birth of a new nation and, ultimately, seek to recapture his ancestral lands.

VIDEO Orphan Black Bosses Reveal How They Made the Clones Dance

“Cornwell’s Saxon novels combine historical figures and events with fiction in an utterly compelling way,” Neame said in a statement. “In the hands of Stephen Butchard we believe it will make original and engrossing television drama. In part the epic quest of our hero Uhtred, it is also a fascinating re-telling of the tale of King Alfred the Great and how he united the many separate kingdoms on this island into what would become England.”