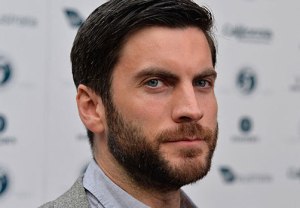 Wes Bentley is getting his Freak on.

Bentley will appear in the show’s two-part Halloween episode (tentatively set to air Oct. 21 and 28) as Eddie, a dark tormentor from Kathy Bates’ past who is hell-bent on revenge.

Bentley is among the leads in AHS cocreator Ryan Murphy’s HBO pilot Open (which I’m told is still in the mix at the cabler).