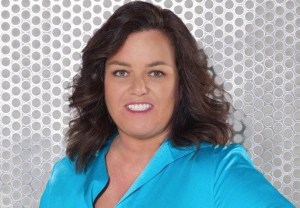 Rosie O’Donnell is poised to reclaim a chair on The View‘s dais this fall, in the wake of the recent shake-up that left Whoopi Goldberg the last host standing.

Not two weeks after word broke that both Sherri Shepherd and Jenny McCarthy will be parting ways with the talker — news that each of the ladies confirmed on Monday’s telecast — TMZ is reporting that O’Donnell, who cohosted The View during its 2006-07 cycle, is in “active negotiations” to return for Season 18, and that a deal could be closed “shortly.”

Since noisily ending her previous View pact early back in ’07, O’Donnell has acted on shows such as The Fosters and Drop Dead Diva and lorded over a short-lived OWN talker. She twice this year has returned to The View, first in February and more recently as part of a “reunion” of all the show’s hosts, as tribute to boss and departing panelist Barbara Walters.