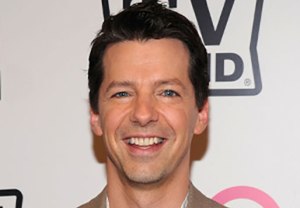 Sean Hayes is moving in with The Millers.

CBS has tapped the former Will & Grace scene stealer for a series regular role on its sophomore comedy, the network announced Tuesday.

Hayes will play Kip Withers, Carol Miller’s new best friend whose presence is a source of friction for Will Arnett’s Nathan.

“After years of being a fan and hearing from others how wonderful he is to work with, I couldn’t be more excited about Sean Hayes joining The Millers,” series creator Greg Garcia said in a statement. “The thought of he and Margo Martindale as BFFs makes me smile every time I think about it.”

The Millers was the 2013-14 TV season’s top-rated new comedy, averaging a 2.9 (with DVR playback factored in).

In addition to his Emmy-winning turn on Will & Grace, Hayes’ recent TV credits include Smash, Up All Night and last fall’s short-lived Sean Saves the World.