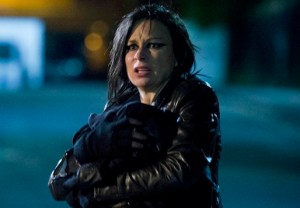 CBS’ Under the Dome this Monday drew 7.7 million total viewers — the night’s largest audience– and a 1.7 rating, down 18 and 19 percent from its season opener and hitting an all-time demo low.

RELATED Under the Dome Recap: Murder, He Wrote

RELATED Mistresses Recap: It’s All the Same, Only Her Name Has Changed

RELATED Beauty and the Beast Finale Recap: Past, Present… and Future?

NBC | American Ninja Warrior (5.4 mil/1.8) ticked up 4 percent and a tenth from its last original, besting Dome in the demo.