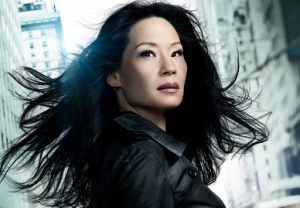 When Elementary returns this fall, star Lucy Liu will find herself calling the shots.

Liu is set to direct a Season 3 episode of the CBS drama, TVLine has learned, her second in the series’ history.

She previously directed the Season 2 episode “Paint it Black,” which found Sherlock (Jonny Lee Miller) partnering with his estranged brother to solve a deadly case.