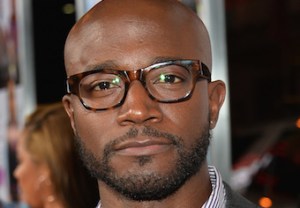 A very familiar face is about to join the Florrick/Agos family.

Taye Diggs (Private Practice, currently Murder in the First) will recur on the upcoming sixth season of The Good Wife. Diggs will play Dean Levine-Wilkins, an equity partner at Lockhart/Gardner who decides to join this person (spoiler alert!) at Alicia and Cary’s new firm.

E! Online was the first to report the news.

* Australia’s long-running sudser Neighbours will makes its Stateside debut on July 14 via the Hulu and Hulu Plus platforms, it was announced on Monday. New episodes will become available four weeks after their Down Under debut.

* A “darker, more intense” and Hunger Games-like update of American Gladiators, the onetime NBC competition series, is currently in development, to be shopped around to networks and cablers in the coming weeks, TV Guide Magazine reports.

* Amazon on Monday announced the addition of a fifth pilot to its upcoming season. Red Oaks, a coming-of-age comedy executive-produced by Steven Soderbergh, will debut on Prime Instant Video this fall, at which point viewer response will determine whether it becomes a full series.