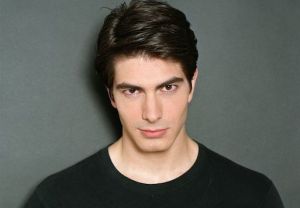 Brandon Routh is set to play another DC Comics super man — this time on Arrow.

The erstwhile Man of Steel is joining the CW hit’s third season in the recurring role of Ray Palmer, aka DC superhero The Atom, TVLine has learned exclusively.

An unparalleled scientist and inventor, Ray will play an unexpected role in the lives of Oliver and (rumored love interest) Felicity as the new owner of Queen Consolidated. Palmer’s plans for Queen Consolidated’s Applied Sciences Division will be shrouded in mystery.

In addition to his myriad comic book appearances, Ray/The Atom — who can alter the size of his body as well as other objects — has turned up in numerous animated series, including, most recently, Cartoon Network’s Young Justice. Arrow marks one of the character’s rare live-action incarnations.

Déjà vu watch: Although The Atom isn’t able to fly like Superman, he can simulate flight a la Wonder Woman.