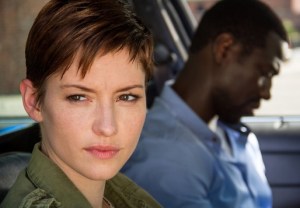 NBC’s Taxi Brooklyn stayed on track this Wednesday, adding a few eyeballs (5.4 million) versus its premiere while matching its 1.0 demo rating (per finals).

Leading into that, an America’s Got Talent rerun (6.4 mil/1.4) drew the night’s largest audience.

CBS’ Big Brother (5.7 mil/1.8) scored the nightly demo win, though down 22 percent from its week-ago season opener. (Versus the same holiday weekend-adjacent Wednesday of a year ago, the show was up a tenth.)

RELATED So You Think You Can Dance Top 20 Recap: Feels Like I’m Knockin’ on Heaven’s Door

Fox’s So You Think You Can Dance (4 mil/1.4) dipped 10 percent in audience while holding steady in the demo.

And that’s all she wrote. Summer!