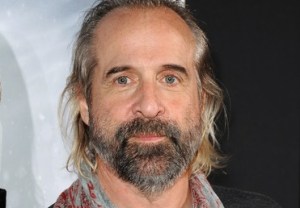 Arrow is breathing new life into The Count.

Zytle replaces Seth Gabel’s Count — who was killed by Oliver last season — as the new seller of the drug Vertigo and will be the first villain that Team Arrow takes on in Season 3, premiering Oct. 8 at 8/7c.

* The CW has cancelled the reality series Famous in 12, the Associated Press reports.

* Disney Channel has renewed the comedy series I Didn’t Do It for Season 2.