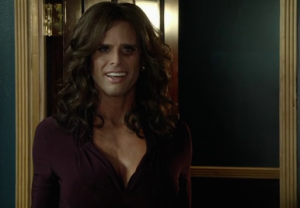 The stars have aligned on Sons of Anarchy: Venus is making a comeback in Season 7!

Walton Goggins is set to reprise his role as the transgender goddess during the FX drama’s final season, TVLine has confirmed.

Series creator Kurt Sutter broke the news early Wednesday on Twitter, announcing to his 402K followers, “I am very happy to report that in season 7 of SOA, THERE WILL BE SOME MUTHA—-IN’ VENUS!”

Goggins’ Tig-crushing alter ego has appeared three times on SOA, once in Season 5 and twice in Season 6.